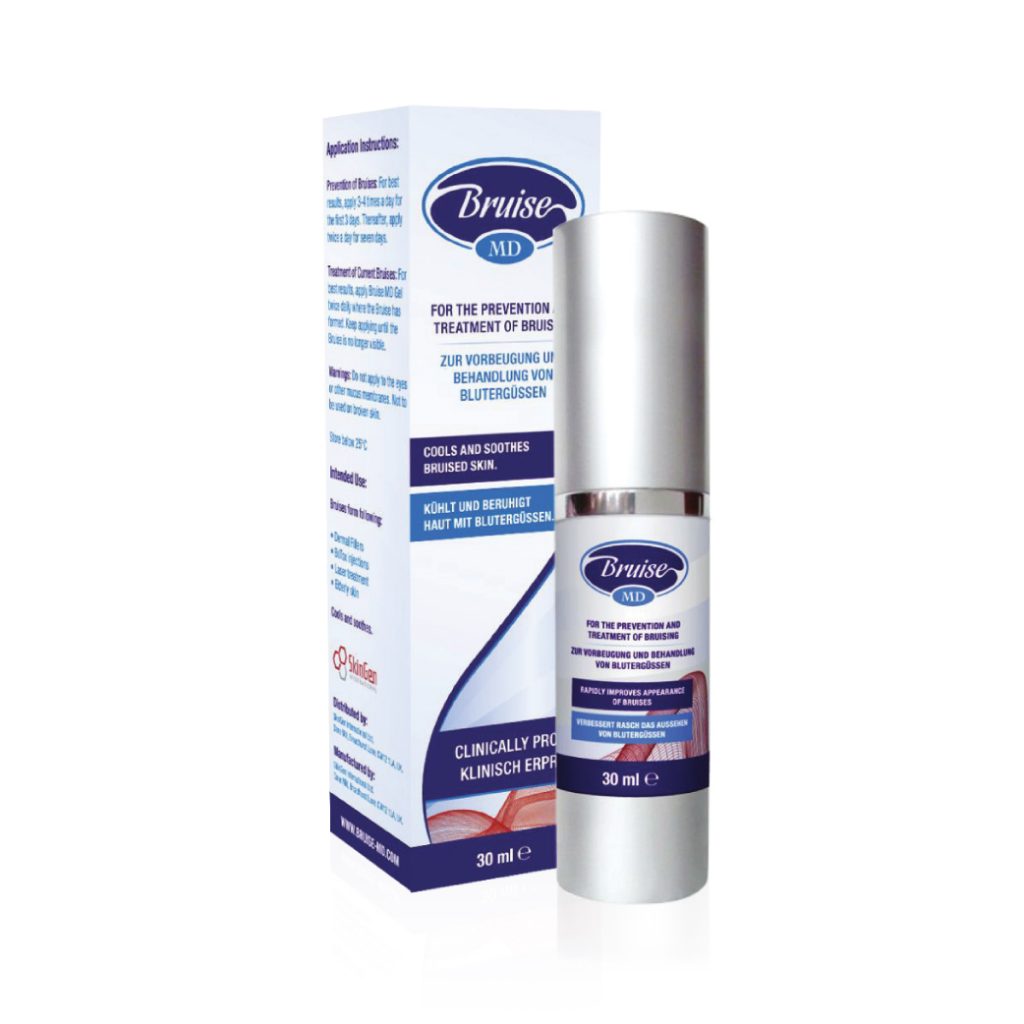 Bruise MD™ is a unique formulation using ingredients that are tried and tested for improving Bruises. It uses a combination of glycerol and water which over many years has proven to have beneficial improvements in many skin conditions, including bruising.  Glycerol has been found to penetrate the cell walls in skin and will therefore take the water into the tissue where the bruise is starting to form or has developed.  Creams containing glycerol have been shown to help prevent bruises as well as aid in the improvement of existing bruises.

WHO SHOULD USE BRUISE MD™ ?

Bruise MD™ uses safe ingredients that can be used with anyone that has a Bruise or is looking to prevent a Bruise. Both Children and the Elderly can use Bruise MD™.

Bruise MD™ is intended to be used for the prevention and treatment of bruise caused by the following :

Bruise MD™ should be applied to the effected area and gently rubbed into the area. Bruise MD™ will form a barrier on the skin and will dry after a couple of minutes. Once dry, Cosmetics or Sun Screen can be applied.

Apply a generous amount of Bruise MD™ Gel immediately after your procedure or effected area that is likely to Bruise. Lightly massage into the skin until absorbed. For maximum results apply 3-4 times a day for the first 3 days and thereafter twice a day for seven days.

Apply a generous amount of Bruise MD™ Gel twice daily where the Bruise has formed. Keep applying until the Bruise is no longer visible.

To treat and prevent bruises the following steps can be used as well as treating the area with Bruise MD™:

1- Avoid massage, but try and cool the effected area

2- Elevate the area where the Bruise is forming if possible

3- Avoid medications that may thin the blood like NSAID’s